The Apartment Trilogy by Roman Polanski 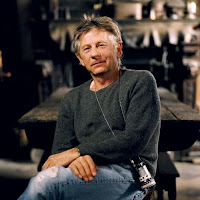 The Apartment Trilogy by Roman Polanski is one of my favorite trilogies. Although not a continuation of a single story in three parts, it rather consists of three different films. All the films deal with the problems within the apartment. If you see Repulsion (1965), the first movie in the trilogy, its a psychological thriller. Rosemary's Baby (1968) is a supernatural thriller while The Tenant (1976) is an unconventional psychological thriller/horror.
All the three films were critically and commercially appreciated. They helped in establishing Polanski as a successful director.

Repulsion released in 1965 was the first movie in the trilogy. It was also Roman Polanski's first English movie. The film was based around the life of Carole Ledoux(Catherine Deneuve) who stays with her sister. Carole' is seen as an introvert and emotionally troubled girl. Her only support is her sister Helen (Yvonne Furneaux).
Things take a turn when Helen goes on a holiday to Italy with her boyfriend and Helen is left all alone in her apartment. Here starts the abnormal things, horrible nightmares and strange visions. How Carole deals with it forms the rest of it. Also the murders that take place and the circumstances that led to them are shown brilliantly. And finally the end itself gives a revelation about how and why the things happened and unveils the dark secret of Carole's life.

Rosemary's Baby released in 1968 was one of its kind. The movie opens up with a couple Rosemary Woodhouse (Mia Farrow) and Guy (John Cassavetes) moving into a new apartment. They are immediately befriended by the old neighbor couple. Shortly after the couple decides to have a child, things begin to go wrong. Rosemary starts to get severe pains and illusions. She gets strange dreams about her neighbours being some members of a secret cult, practicing witchcraft and the worse part is that even her husband is helping them. Things go out of hand when a friend who has some knowledge about witchcraft interwines and just before he can tell her, he goes into coma and then dies. Then Rosemary continues her research and discovers some some shocking facts about the cult needing small babies for sacrifices and ceremonies. Is she out of her mind or are the things really happening? The answer lies in the unconventional and unusual end.

The Tenant is the final movie and was released in 1976. Roman Polanski starred as the main character in it. It deals with a single man Trelkovsky (Roman Polanski) renting an apartment. The apartment's previous owner an Egyptologist Simone Choule, attempted to commit suicide by throwing herself out the window and is in hospital.
As Trelkovsky occupies the apartment he is chastised unreasonably by his neighbors and landlord for small things. Slowly he finds himself turning into Simone. Not physically but in terms of habits and other day to day things. Like he starts having the things that she used to have for breakfast, starts to smoke her brand of cigarettes instead of his usual ones, etc. The film goes on Trelkovsky getting several illusions and hardships. He goes insane, till the point that he even starts wearing a wig and clothes of Simone. The end is very different and something that one would never expect. Also a strange shot at the end which would confuse the viewer, make him/her think and bring them back to the beginning works well.
Posted by vinay at 12:16